It’s never too early to be thinking about the 2020 Summer Olympics. My neighbor was out this morning (not the curmudgeon) training for the games, where it is rumored that there will be competitive lawn mowing for the first time.

His son was out with him, so he’s obviously going for the synchronized mowing event.

“How far down are you going?” the boy shouted over the roar of the engine.

“Just to the big wheel.”

Judging is based on uniformity of grass length, precision of matching up the individual patches, and the beauty of tandem movements. Extra degree of difficulty is awarded for fire ant mounds and low-hanging branches dripping with spiders the size of miniature schnauzers. Judging is done by a panel of Homeowners’ Association police.

It has taken a good deal of lobbying to get this event approved by the Olympic Committee, as several of the members live in neighborhoods where the front lawn consists of dirt, rocks, and the occasional land mine. I won’t get all snooty and say the Americans have it tied up, but really world, just look at our lawns! They are green, pristine, and notably lacking in explosive devices.

Other events will include the lawnmower slalom, 100 meter freestyle, and (of course) competitive edging. If you have suggestions for other Olympic events, by all means, let us know. I’ll get a petition going, right after I finish my yard work. 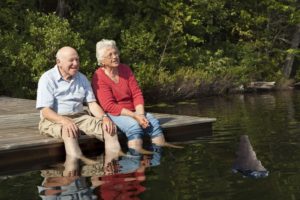